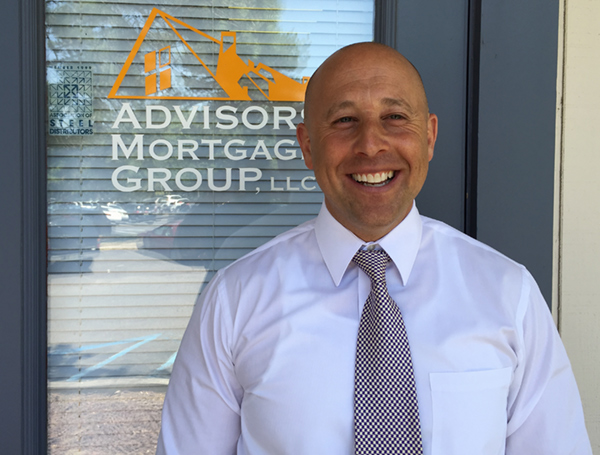 I have been in the mortgage business for more than 12 years, and I am currently working for Advisors Mortgage Group, LLC in Marlton, New Jersey. I am licensed to write purchase and refinance mortgage loans in both New Jersey and Pennsylvania and have a successful track record for providing these services to clients of all backgrounds.

Prior to entering the mortgage industry, I taught in the Camden City Public Schools for 10 years. It was during this time that I became interested in pursuing a career in mortgages and ultimately decided that this was something I could excel at, using my unique skill sets.

I have a Bachelor of Science from LaSalle University and a Master of Arts from Rowan University.

Before taking on any new clients, I make sure to get to know them on a personal level and discuss with them what their individual wants and needs are. Every situation is different and as such, should be treated the same. This is why I feel it is extremely important to understand each of my clients beyond the paperwork. I believe that this is the only way to assist home buyers and current homeowners in their journey of purchasing or refinancing a home efficiently and successfully.

When I am not meeting with clients or writing loans, I spend a lot of time volunteering at the Katz JCC Center in Cherry Hill, NJ. My main area of focus is coaching special needs children in the ACHaD Squadron Basketball Team, where we hold weekly basketball games. Coaching special needs children in basketball teaches them socialization skills, increases their motor skills and boosts their level of self-confidence. Staying active by volunteering within the community is something very important to me and has helped me grow in my personal life and as a business professional.

Before I can explain what Ethan Baumholtz has done for our Special Needs Basketball League, I must give you some background information.

When my wife and I started this league 8 years ago, it was just my son and 4 other children. The program immediately started to grow as so many children were looking for an opportunity to play real basketball. In the beginning, it wasn’t real basketball, but skills and drills and learning the game of basketball, how to focus, communicate and play together as a team. As time went on, we were able to create 2 teams, 1 team was more advanced than the other and I stepped into the role to bring their game to an even higher level. My wife worked with the team that needed continuous help with skills and to work at a slower pace. Both coaching jobs were crucial. As time went on, both teams started to grow and my wife and I were not physically and emotionally able to handle both sides by ourselves as we both worked full time, have a special needs son and run the entire league. We were in trouble and at a crossroads. The program was growing and we were having success, but knew if we didn’t add a another coach, the program would slide backwards. We needed someone to take the advanced team and to turn them into a real basketball team who could play meaningful competitive games vs their peers and adults. My wife, with all our personal experience, would together continue working on the side of the less skilled team to help them possibly join the other group and continue their success. Here is where Ethan stepped up and into our family.

Ethan Baumholtz stepped into a very difficult situation. How to take a large group of children with a myriad of disabilities and with assorted basketball abilities to become a Basketball Team that worked, sweated and struggled together to be a legitimate basketball team. One that could play real games against a variety of typically developed and special needs teams in the community. Within a month, I could already see the positive change in their play and their temperament. Then, came the compliments from the parents and the players themselves. That alone would have been enough for me, but not Ethan, he wanted them to excel more and asked if he could push them more. He explained that he wanted them to learn some of the difficult intricacies of the game and I told him to go for it. Ethan implemented his plan and I could see it was difficult for him and the players, but he never gave up on the kids and as it would turn out, they never gave up on their coach. I discovered something months later after an exhibition game we play every year vs a group of adults that adopted our team. They kept coming up to me and in surprised voices of admiration asked me questions like, “When did they learn how to run plays like that?” How did they improve so much since our last game?”, “What have you been feeding them?” and the best question, “When did they become a real team?”. The answer was always COACH ETHAN! Ethan believed in these players and taught them, not only skills and how to play better basketball, but how to play as a team, how to share the ball, how to congratulate each other and basically, how to be a real basketball team. We are so lucky to have Ethan on the court. Not only did he take the team to higher levels of success, but he freed up myself and my wife to improve the game of our other team. If that wasn’t enough, we started an over 21 basketball league with 13 new players that play 1 hour after the other league ends and at another facility and yes, Ethan stepped up to coach that group. We just finished our first year and the season was a complete success. We even merged those players with our younger group in various exhibition games.

In conclusion, my wife and I get most of the accolades for the success of our league, but without Ethan, we wouldn’t have all the success we have. We hope Ethan is around for a very long time!